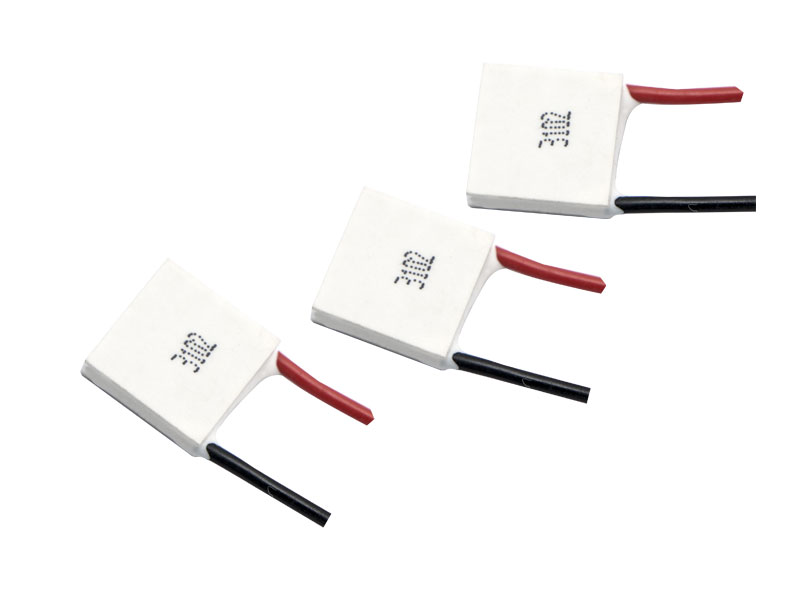 From the analysis of product characteristics, semiconductor refrigeration fins are commonly used in refrigeration and heating fields:

Semiconductor Refrigerator, also called thermoelectric coolers, are a kind of heat pump. Its advantage is that there are no sliding parts, and it is used in some occasions where space is limited, reliability is high, and there is no refrigerant pollution.

The working operation of the semiconductor refrigeration chip uses direct current, which can be used for both cooling and heating. By changing the polarity of the direct current, it is determined to realize cooling or heating on the same refrigerator. This effect is produced by the principle of thermoelectricity. , The following picture is a monolithic refrigerator, which is composed of two ceramic plates, between which there are N-type and P-type semiconductor materials (bismuth telluride). This semiconductor element is connected in series in the circuit.

In the formula: Qπ is the heat release or heat absorption power I is the working current a is the thermoelectromotive force Tc is the cold junction temperature

1. There are no sliding parts, it is a solid piece, there is no vibration, noise, long life, and easy installation;

2. It does not need any refrigerant, it can work continuously, there is no pollution source, no rotating parts, and no rotation is easy;

3. The semiconductor refrigeration film has two functions, which can be used for cooling and heating. The cooling efficiency is generally not high, but the heating efficiency is very high. Therefore, a single piece can replace the separate heating system and the cooling system;

4. The semiconductor refrigeration chip is a current-transducer type chip. Through the control of the input current, high-precision temperature control can be realized. Coupled with temperature detection and control methods, it is easy to realize remote control, program control, and computer control, which is convenient to form automatic control system;

5. The thermal inertia of the semiconductor cooling fin is very small, and the cooling and heating time is very fast. When the hot end has good heat dissipation and the cold end is empty, the cooling fin can reach the rated temperature difference in less than one minute;

3. The cooling fins should be placed flat and in full contact with the surface of the cold storage plate and aluminum radiator when using, otherwise the cooling effect will be affected.

4. Avoid working outside the range of over-temperature zone, and avoid frequent rapid heating (≥70℃) and rapid cooling (≤10℃), so as not to cause internal cracking of the crystal, failure, or shorten the service life.

5. The refrigeration sheet has a tight sealant and good waterproof performance. The sealant must not be damaged until water invades during use, otherwise it will cause an internal short circuit and fail. 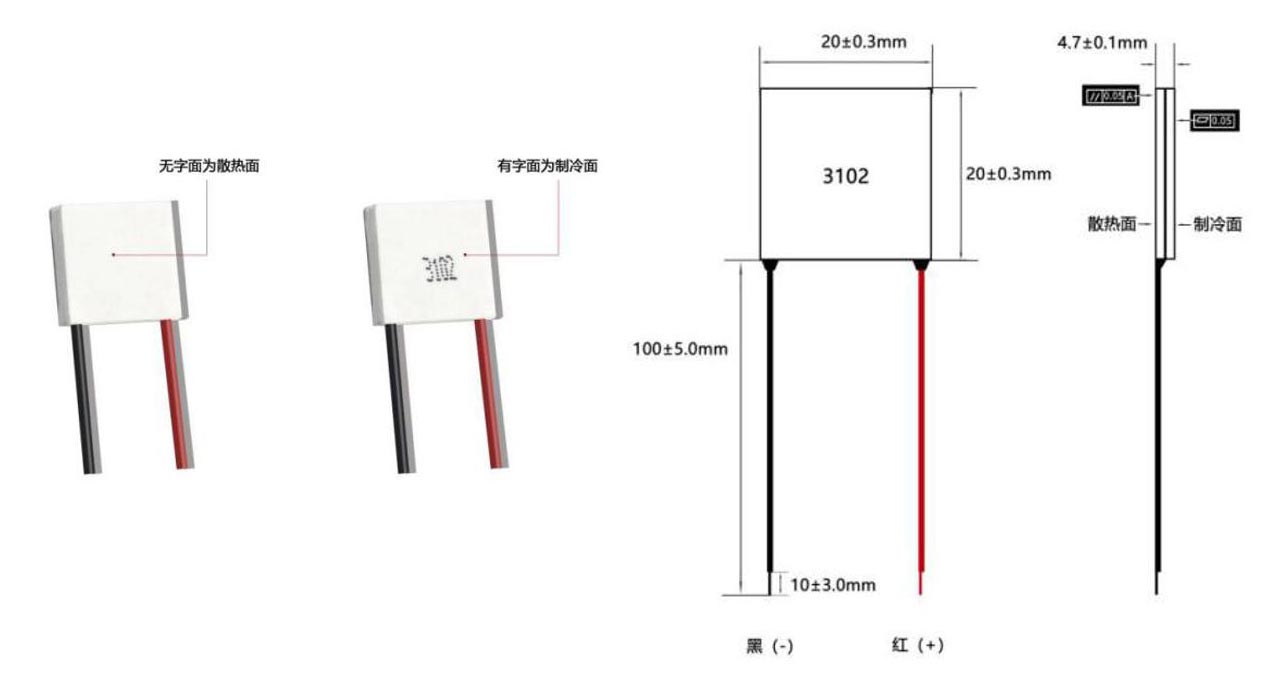 The size can be customized according to customer requirements

Approximate value is only used to select samples for certification test 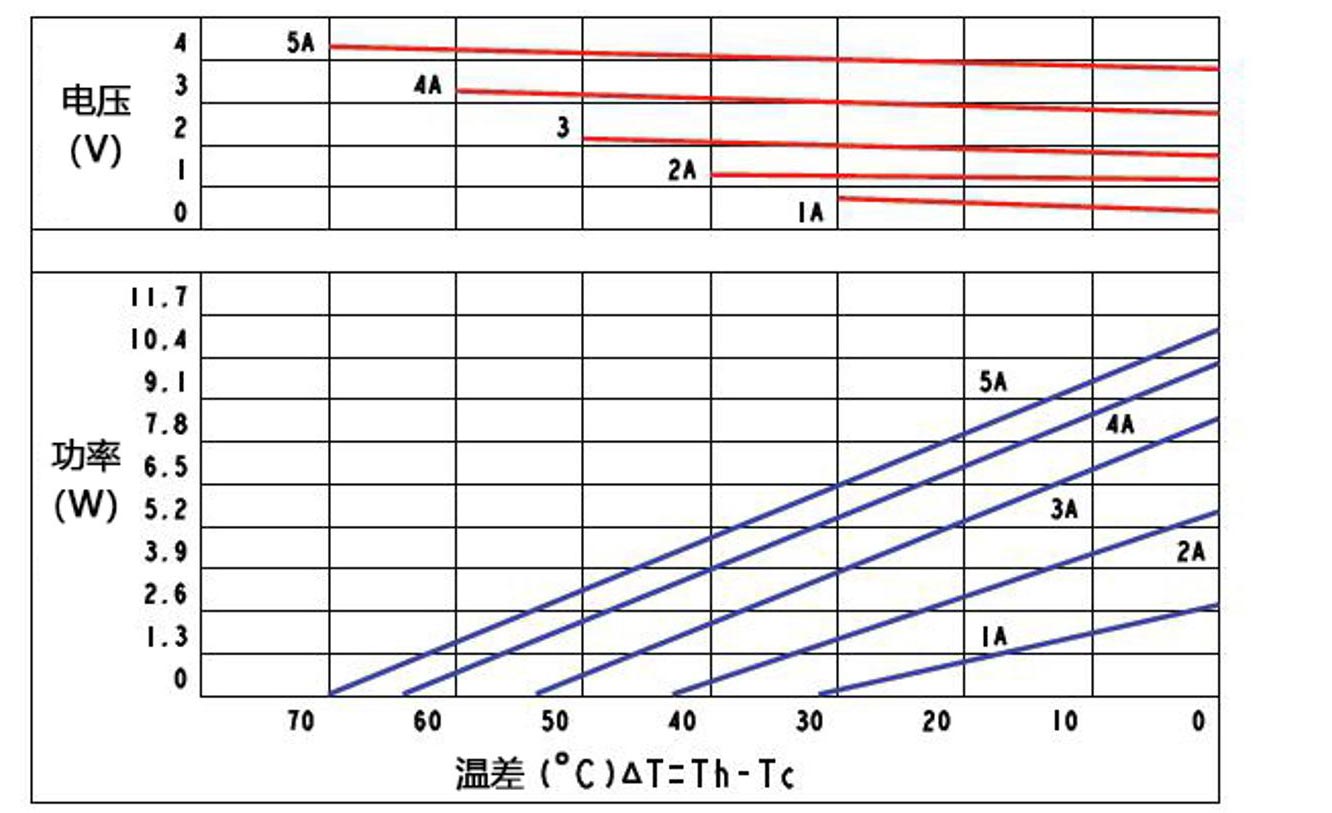 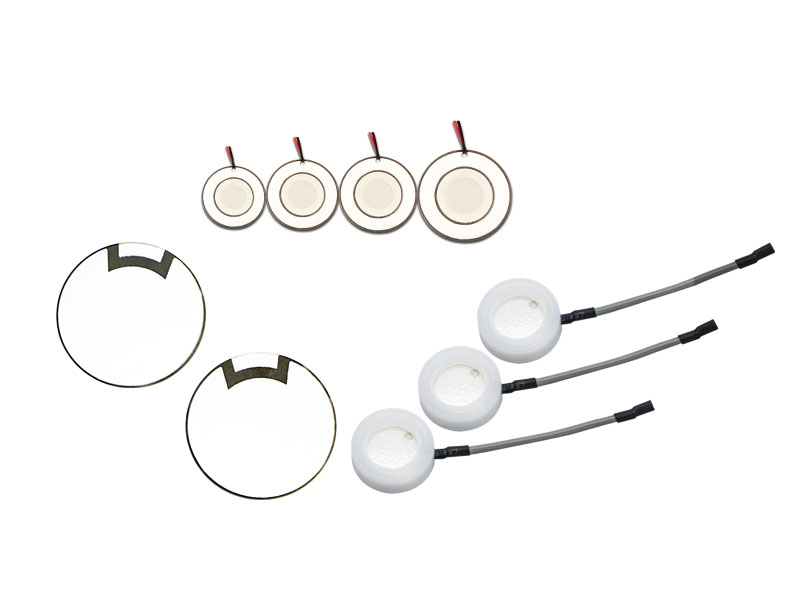 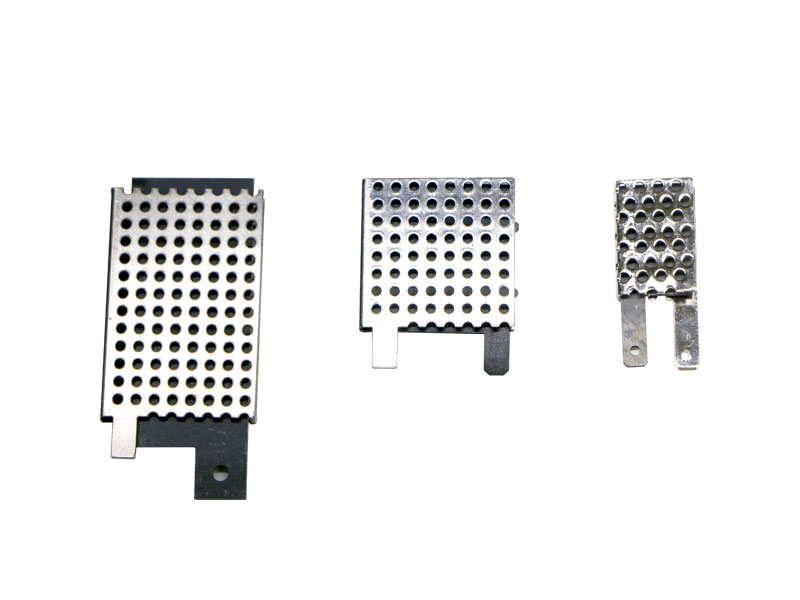